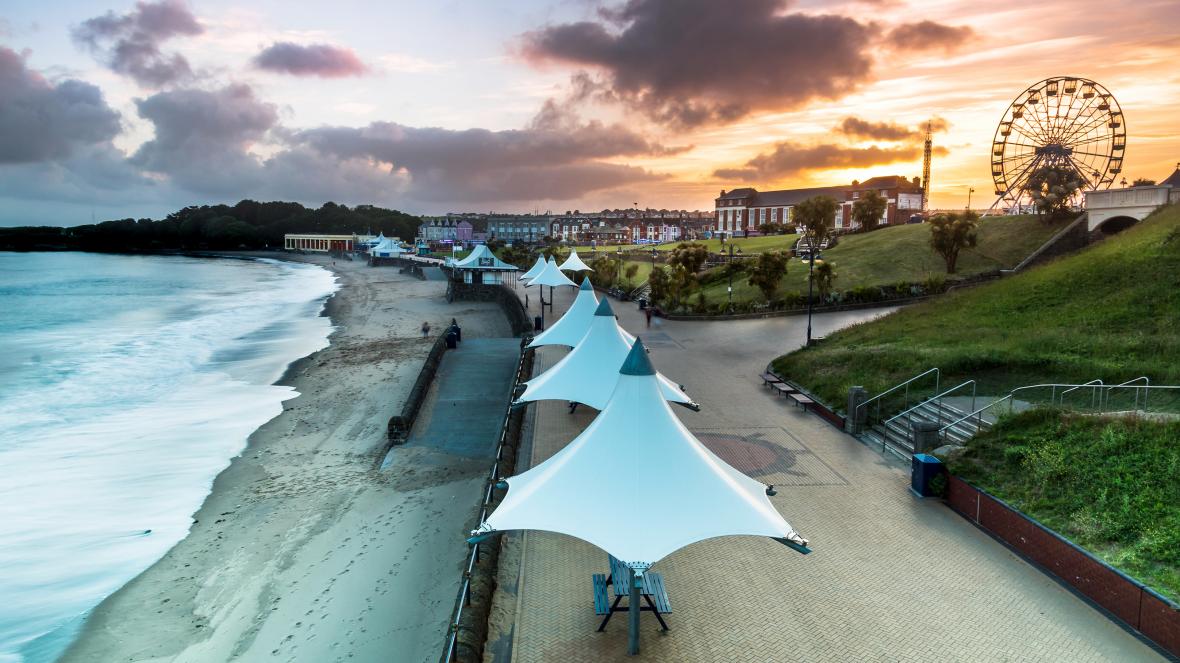 Barry has some of the Best Blue Flag Beaches within the UK and some great Fishing Titles are held here on Pebble Beach, also a favourite of the locals who build hollows to soak up the Sun.

Barry has for many generations been the home of a Funfair and amusement arcades and home of Marko's Cafe from the famouse series of Gavin n Stacey. Situated once upon an island it became known as Barry Island, now with Land Grab the sea has been pushed back, but access via the Causway still affords great views and a Train ride from Barry Station sees the smiles on the childrens faces as they travel alongside the causeway.

Porthkerry National Park a Treasure to explore and find, offers a restfull and scenic view of the Viaduct and a magnificent stretch of coastline. A first choice for those looking to take a family picnic with room to play football, cricket or just walk the dog.

ApartmentsWales is located around the corner from Trinity Hill home of Gavin n Stacey's Film House and Dave's Coaches.

DOGGY WALKS - Best has to be the Old Harbour for me, no cars and no real escaping the shoreline for your dog to run away, next choice is Porthkerry Park, which can be accessed by Car or by Walking along the shoreline of Pebble Beach, take in that enormouse view of England and marvel where did all those pebbles come from !?!  Coming back into The Knap [Lake] from Porthkerry Park, be brave and walk up the Golden Steps, some say there are 100 steps to Heaven, up on the top you are now on the Cliff top with views to die for.